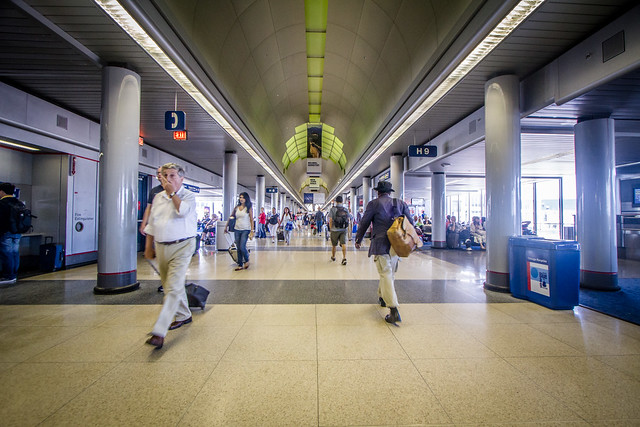 Most airlines refuse to budge on no-show clauses

No-show clauses are commonly found within the terms and conditions of airline flight tickets. What this means, is that if you have a multi-flight journey, but you miss your first flight, all onward connecting flight tickets are automatically cancelled and you will receive no refund. Even if you manage to get to your second flight on time, you’ll arrive to discover you have no seat on the plane, and no alternative but to buy another flight ticket.

It makes sense to get to the airport well in advance of a flight, and at first thought one may be tempted to blame the passengers for not catching the first flight of their journey, but there have been many examples of customers losing out due to no fault of their own. One couple reported that they had booked a journey between London and Pisa that required a change of flight. The first flight was cancelled due to an airline strike, and a replacement flight could not be found for a further two days. This meant the couple missed their second flight, but they were still charged for it and no free replacement was offered. Many people have stated similar situations and have been left hundreds or thousands of pounds out of pocket having to find last minute replacement flights.

Airlines have been receiving some bad press regarding this issue that has been deemed a rip-off. With paid for tickets being cancelled, the airline can then sell that seat on again, effectively getting paid twice for the same seat. Which? the world renowned consumer body has taken it upon itself to contact several airlines to point out that these no-show clauses could be breaking consumer laws. Which? contacted a total of nine airlines. British Airways, Emirates, Flybe, Virgin Atlantic, Air France, Singapore Airlines, Swiss International Air Lines and Qatar Airways. Out of all these airlines, it was only Flybe that responded with any notion of change. The airline has stated that it would change its clauses, however it has not said that it would remove the clause from its terms and conditions entirely.

Why do airlines charge no-show fee?

Airline representatives have stated that the no-show clause is put in place to stop customers from buying return flights on offer that are cheaper than single flights.

Which? calls for no-show clauses to be banned

Which? is now campaigning for these ‘rip-off’ clauses to be banned. There is a precedent set for this, as Austria banned the practice earlier this year.