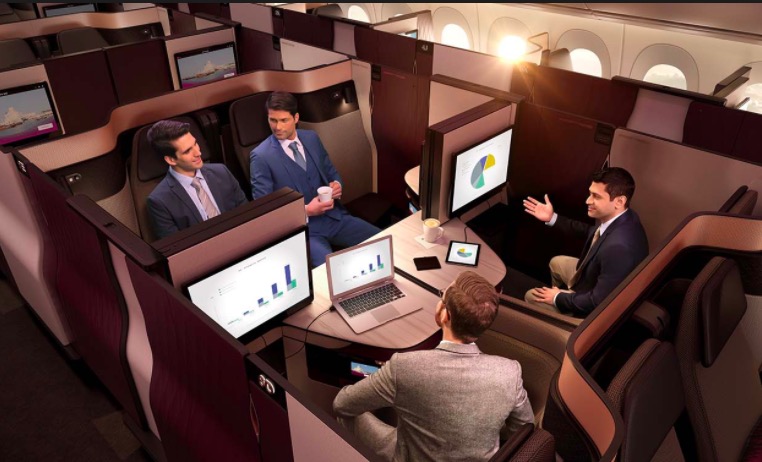 2017: an outstanding year for Qatar Airways

Qatar Airways have reason to smile.  Last year, they scooped over fifty awards.  In the last twelve months, they’ve been recognised in numerous categories, taking not only “Best Airline in the Middle East” but also the most prestigious accolade from Skytrax as their “Airline of the Year”.

Skytrax also recognised their innovative approach to business class travel.  2017 was the year that Qatar Airways rolled out their industry-leading QSuite.  Its flexible arrangement, facilitating in the air conference rooms and roomy double beds, has been winning plaudits right from the day news broke back in March.  This commitment to wowing its passengers makes it a worthy recipient of the “World’s Best Business Class” gong.  You almost don’t need to fly First Class to receive a first class experience, but the carrier was delighted to gain recognition in the form of “World’s Best First Class Airline Lounge” too.

Innovation of the Year

The QSuite also took the “Best Airline Innovation of the Year‘ award at the 2017 ULTRAS (Ultimate Luxury Travel Related Awards) in London.  There too, it was one of a clutch of awards, alongside “Best Airline in the Middle East”, “Best Business Class” and “Best Long Haul Airline”.  The 2017 Business Traveller awards were also held in the UK capital, and Qatar Airways again cleaned up, taking “Best Airline” and more.

In Vegas, the APEX Expo event presented its 2017 Passenger Choice Awards, in which “Best Cabin Service” and “Best Food and Beverage” were the accolades heading back to Doha.  Its amenity bags secured four wins at the TravelPlus Airline Amenity Bag Awards.  And it was named “Global Cargo Carrier of the Year” at the Air Cargo Africa 2017 awards as well as “Overall Carrier of the Year” at the Payload Asia Awards.

If you’re thinking there can’t be anything left to win, you’d be wrong.  In-flight magazines are scrutinised and compared too.  Folio magazine recognised the revamp of Oryx at its Eddie and Ozzie awards, which focus on editorial content and design.  If you haven’t read it yet, check it out online at www.ink-live.com/emagazines/oryx and see for yourself why it won.

Aviation Executive of the Year

Company CEO, His Excellency Mr. Akbar Al Baker, certainly knows his stuff.  The CAPA Centre for Aviation named him as “Aviation Executive of the Year” at the CAPA Asia Summit, citing amongst other attributes his outstanding strategic thinking and innovative direction.  Under Al Baker’s guidance, Qatar Airways has become the world’s fastest growing airline.  Set up in 1993, it has one of the youngest and most technologically advanced fleets in the business.  Al Baker’s been at the helm for two glittering decades and has gained the respect of the industry during that time. 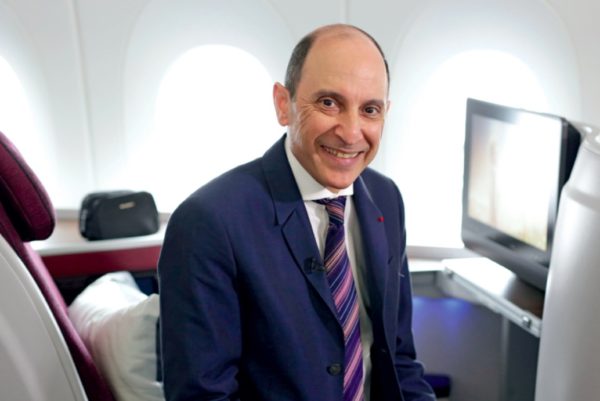 Complacent he isn’t.  His drive to succeed is summed up thus:

“At a time when international aviation is under greater scrutiny than ever, I am very proud that Qatar Airways continues to stand head and shoulders above its competitors. We celebrate our 20th anniversary as an airline this year, and these awards prove we will not rest on our laurels. We will continue to push industry standards to new levels, and to bring passengers an unsurpassed product that will delight and amaze them each and every time they fly.”