Aeroflot airline may have the youngest fleet of all with an average age of just 4.7 years, but it is certainly no newcomer to the aviation industry. Aeroflot Group, the parent company, was established back in 1923. It currently serves 146 destinations across 52 countries, with many codeshare agreements in place. Aeroflot originally flew mainly Soviet built planes, but in more recent years it has replaced many of its aircraft with Western planes. The majority of its planes are now Airbus A320-200s.

China’s Hainan airlines is the fourth largest airline in China. Started in 1993, it operates a fleet of 238 aircraft with an average age of 5.3 years, and is among the world’s ten 5-star airlines according to Skytrax. More than half of the 238 aircraft Hainan operates are Boeing 737-800.

A relatively smaller airline with a fleet size of 81 aircraft, Taiwanese airline EVA Air operates one of the world’s youngest airlines, with an average aircraft age of 5.4 years. The airline, which was founded in 1989, mainly flies to South East Asia. Taipei, Hong Kong, Bangkok and Taiwan’s Kaohsiung are the main destinations. An innovator in its field, EVA Air was one of the first airlines to introduce what’s now called the “Premium Economy” cabin back in 1991.

With an average fleet age of 6.1 years, Qatar Airways has the 4th youngest airline fleet in the world. A relative newcomer to the industry, Qatar Airways was established in 1993 and in that short time has made a big impact on the aviation industry. In 2019, it was voted best business class airline in the world. The airline current operates 227 aircraft, quite impressive considering the airline led by its CEO Akbar Al Baker since its early days only had 4 aircraft in 1997!

China Eastern Airlines fleet has an average age of 6.4 years. This airline flies Boeings and Airbuses and it has placed orders for more new aircraft to be delivered over the next few years, so China Eastern Airlines may just make it to the top of the list in a few years time. The airline was the first in China in place an order with Airbus. In Total, China Eastern operates an astonishing 526 aircraft!

The next youngest fleet is that of Emirates, with an average fleet age of 6.8 years. The Dubai-based airline operates more than 3,000 flights each week to more than 140 destinations in 70 countries. With its sponsorship of events and structures the name Emirates has become very well known. It operates more Boeing 777s and Airbus A380s than any other airline.

Launched in 1947, more than 70 years ago, Singapore Airlines is one of the oldest airlines to make it to the top 10 of the airlines with the youngest fleet. Yet, its fleet of 127 aircraft is relatively young, with an average age of 6.9 years. Frequently ranked among the world’s best airlines, Singapore Airlines ranks second among the world’s best business class airlines.

By number of passenger destinations, Turkish Airlines is the biggest carrier in the world, flying 301 aircraft to 122 countries. Istanbul’s new airport will be able to handle 200 million passengers per year.

The flagship airline of the People’s Republic of China made it in the top 10 of the airlines with the youngest fleet. The average fleet of Air China’s aircraft is 7.5 years.  The airline carries more than 100 million passengers per year.

Garuda is the national airline of Indonesia. With a fleet size of 139 aircraft flying to 96 destinations, Garuda may not be the largest airline in this list but it should not be underestimated. The airline is one of the world’s ten 5-star airlines, and has an average fleet age of 7.7 years. Garuda operates ten Boeing 777-300ER which is the second biggest passenger plane in the world, right after the soon-to-be-retired A380-800.

One of the two low-cost airlines ranked in the top 10, EasyJet has a relatively young airline fleet, with an average aircraft age of only 8 years. The British company founded 24 years ago operates 333 aircraft and flies to 1000 destinations in 30 countries.

Right behind its main competitor, RyanAir operates a fleet of 412 aircraft with an average age of 8.5 years. All of them are Boeings 737. The budget airline launched 34 years ago flies to 225 destinations, mostly from London Stansted airport.

Continue reading to discover the rest of the airline fleet age ranking as of November 2019: 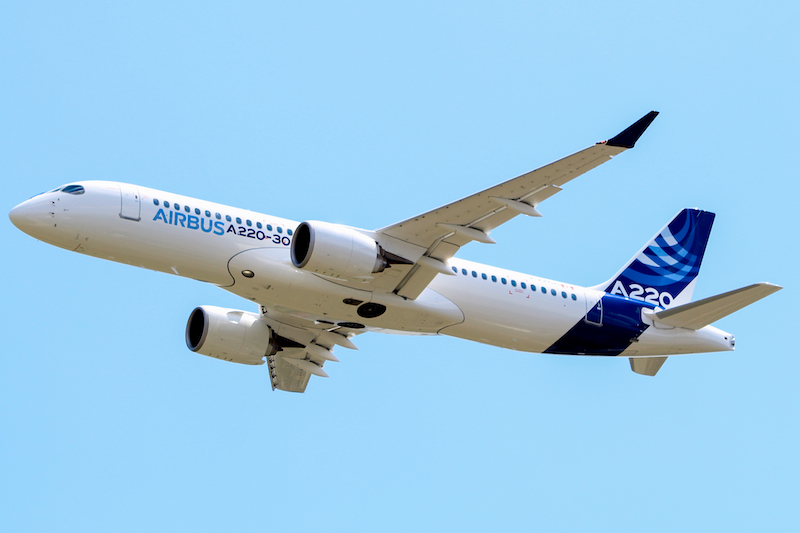