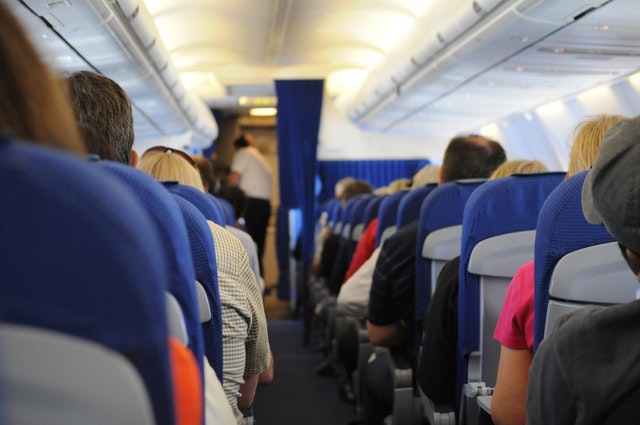 Why do airlines overbook seats? (and what to do when you get bumped)

You’ve planned your trip for months, you bought your ticket well in advance and you carefully chose the perfect seat for your flight. Perhaps you even paid extra to reserve that seat you wanted. Then you arrive at the airport only to be told that you don’t have a seat on the plane at all any more! You’ve just been ‘bumped’.

Why would you get bumped from a flight?

This happens because airlines can and do overbook seats. They sell more tickets than there are seats on the plane. It sounds crazy, but generally the system works. Ultimately, each flight costs the airline a lot of money. Fill the plane with passengers, and all is well, but the airlines certainly don’t want a flight that is half empty. Airlines are businesses and they’re there to make a profit.

How do flights get overbooked?

The system isn’t arbitrary, past flight data is constantly being checked and it is this that the airlines make decisions on regarding how many extra tickets they can safely sell. The problem the airlines face is that on most flights there will be cancellations and some passengers will just simply not turn up for their flight. So when you know statistically that on average, five seats will become empty at the last minute on a particular flight, the airline will sell an extra five tickets for that flight.

But you can’t rely on averages

This does work in many cases, but of course, the world doesn’t always work on averages and so there are occasions when those predicted five passengers do show up and so there are five more people needing to catch that flight than there are seats.

Is it legal for airlines to overbook?

When you’ve purchased a service, and then at the last minute you’re told it’s not available, it seems very wrong. If you turned up at your hotel and your booked and paid for room was already occupied by another family, you’d certainly have grounds for complaint. However, airlines are legally entitled to overbook flights. How often do airlines oversell?

When you look into this, it’s actually quite concerning. British Airways has previously stated that it overbook in the region of 500,000 seats each year, with 24,000 passengers being bumped from their flights annually. Aviation experts believe that on average, for every 100 seats, around 150 tickets are sold.

What should you do if you get bumped from a flight?

If you’re a frequent flyer, it’s quite likely that this could happen to you one day, so it’s wise to know your rights and what you should do. You cannot insist on your seat, if the airline won’t seat you, there’s nothing you can do and arguing about it won’t help. However, the airline is obligated to ask for volunteers first. There will be compensation for this, so if you’re not in a hurry to get to your destination then this could be a profitable option. You may be offered cash or flight vouchers. If the next flight is the following day, then they should offer you a free hotel room and cover your expenses such as taxis and food. You should never feel pressured into being the volunteer to lose their seat. If it’s important for you to get to your destination then stand your ground, calmly and politely declining to volunteer. If there are enough volunteers then all is well, if not, the more you’ve paid for your seat, the less chance you’ve got of being bumped. Most airlines will choose to bump the economy passengers over the high ticket price first class passengers. Ultimately, you could still end up being bumped and there is little you can do other than negotiate a good level of compensation. Cash, free flights, upgraded flights can all be offered. If you’re not happy with the offer, decline and instead file a compensation claim with the airline.